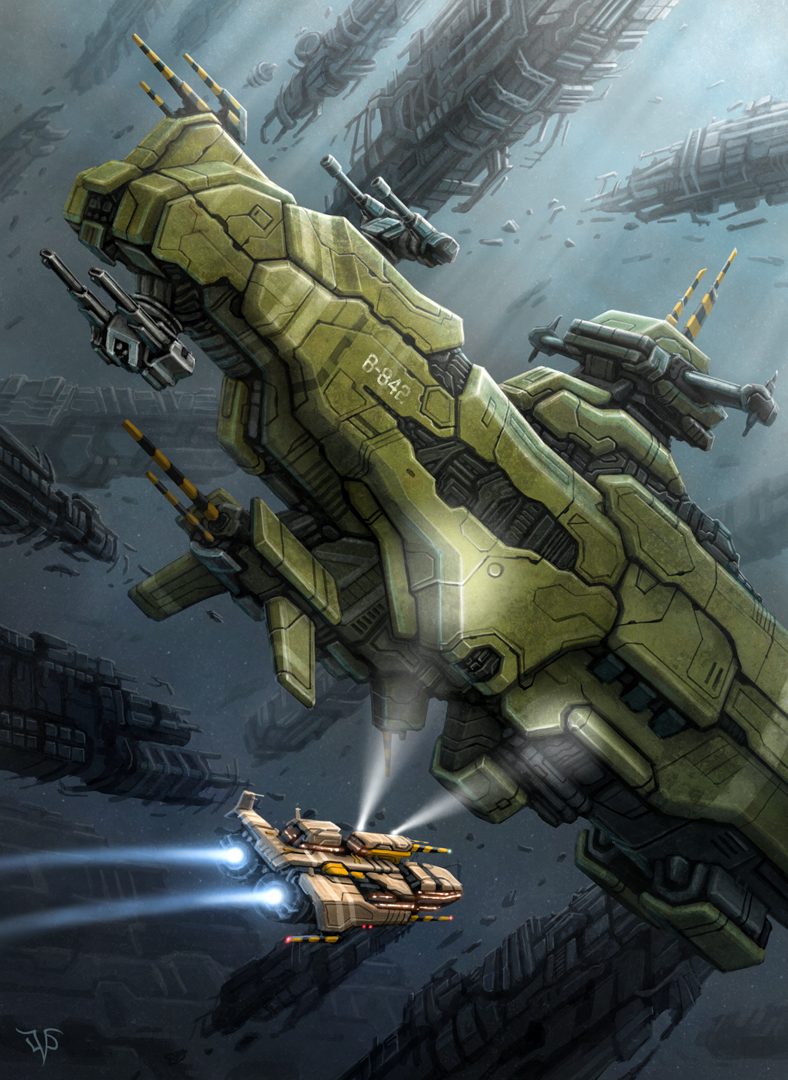 In the depths of space, the ruins of ships destroyed in battle, lost to the void, or those that suffered more mysterious fates can all be found. It is not so strange an occurrence, and many of the civilized worlds of the Sirius Sector maintain salvage operations for this reason. However, some of these ships prove to be something more. Old, potentially full of relics from the colonization of the sector or from older, stranger origins, these ships have silently drifted for centuries or more. Occasionally, they draw closer to civilized space, and the treasures within become ripe for the taking. However, these mysterious ruins often carry great danger, and as such only the most dedicated, prepared and elite of any of the varying empires’ militaries will attempt to board and investigate these Ancient Derelicts. For the Battle Brothers of the God King, this task falls to the elite Destroyers.

My take on using the GFF ruleset to create a dungeon crawl game based around Space Hulk. Credit goes to welshy and bobsomething for helping hatch the idea and bouncing ideas around with me.